What is spinning forming technology

Metal Spinning Forming Technology is to press the metal tube blank, flat blank or preform with the tail top onto the spinning core mold, and the spindle drives the mandrel and the blank to rotate, and at the same time, the spinning wheel starts from the blank. The side squeezes the material on the rotating core mold to cause the material to produce point-by-point continuous plastic deformation, so as to obtain hollow rotating parts with various generatrix shapes.

(2) Most of the deformation zone is in a state of compressive stress, giving full play to the deformation ability of the material, and it is easy to process parts with complex shapes or parts with high-strength and difficult-to-deform materials;

(3) Spinning is a cutting process with little and no cutting, with high material utilization. 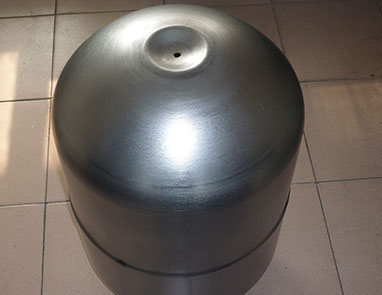 The development history of spinning

In the middle of the 20th century, two key breakthroughs occurred in spinning equipment: the first was the realization of mechanization and automation of ordinary spinning equipment; the second was in the late 1960s, the West German Leifeld company successfully developed the use of NC or CNC numerical control system and the spinning machine of PNC system realizes automation.

After nearly 60 years of development, foreign metal spinning technology has become increasingly mature, and this technology has been widely used in a foreign military or civilian industries. The United States, Germany, Spain, etc. all have world-class spinning technology. The spinning machines in these countries have achieved specialization, serialization, stable performance, and convenient operation. There are multiple forms such as single-wheel, double-wheel, and three-wheel.

Spinning technology has been widely used in aerospace, aviation, military, automotive, chemical, electronics, and other fields.

The above information is provided by the CNC spinning machine manufacturer.

Next: The Principle and Method of Demolding of Spinning Products

Get Your Free Trail Samples